Cars and watches – linked intrinsically, or simply a matter of coincidence?

If you watch Formula One in particular, you'll no doubt have noticed that one of the first things most drivers do when they get out of the car, is put on a watch. Is this a simple reflection of sponsorship commitments, or is there genuinely a link between the motor car and high end wrist wear?

The simple answer is yes and there are two distinct areas where there is a definite link – firstly, the association between a watch brand and a car maker and secondly, the watches made by, or for specific car manufacturers and branded by them.

So let's take a look at how watches and cars have been linked over the years.

We'll begin with the humble Swatch; first seen in the 1980's, these colourful models were designed by SMH, whose CEO Nicolas Hayek went on to produce the Smart Car some years later. The watches, as with the car, continue to be sold today with prices starting below £100 – a far cry from the perception of the automotive linked watch sitting firmly in the upper price bracket.

Next, another mass produced watch manufacturer and this time it's Casio, whose brands include the iconic G Shock and also the Edifice range of multi-function pieces. Casio has been a sponsor of the Red Bull F1 team since 2009 and their junior team, Alpha Tauri. Once again, the linked models run to several hundred pounds, rather than thousands.

At the more expensive end of the market, it's hard to argue that Tag Heuer and Rolex are much more deeply linked to the motoring world than any other brand, with models such as the Carrera, Gulf Monaco and Daytona commanding high auction prices for older models – in March this year, a 1971 Rolex Daytona, similar to the model famously worn by Paul Newman, sold for $168,000 at a Sothebys online sale and at double its original estimate.

This amount pales into insignificance against a similar model owned by the actor personally and given to him by his wife. The 1968 model was sold by Phillips in 2017 for $17.8m – a record yet to be surpassed for this particular model. Rolex continue to present a Daytona to the class winners of the 24 hour race held at the circuit and they do similarly to the overall winner of the Le Mans 24 hour race every year – these being models not available commercially as they are specially engraved on the back with 'winner' and the famous race logo.

Rolex of course also provide timing services to Formula One and other motorsport series and can trace their involvement back almost a century.

As we turn to Tag Heuer, we also bring in the actor who, for many, remains the King of Cool. Steve McQueen famously wore a Heuer Monaco (no Tag at this point) during the shooting of Le Mans and many of the film's iconic scenes feature the striking square faced model.

The watch was sold at auction in 2012 for $800,000, almost 3 times its estimate and was one of 2 reportedly worn by McQueen during filming.

Heuer were acquired during the 1980's by the TAG group. Amongst other activities, they were involved in manufacturing components for F1 cars and the watches were rebranded as Tag Heuer from this point forward.

Tag Heuer and Rolex continue to feature historic names within their current ranges and the Monaco, Carrera and Daytona can all be acquired brand new, still looking much the same as they did 50 years ago and proof if it were needed, that some styles never fade.

Some lesser known watch brands also link to cars and motorsport. Nina Rindt, widow of the sport's only posthumous champion, wore a Universal Geneve Compax model and when a photo emerged of her wearing this watch, values soared from around $3,000 to almost $50,000.

Enicar were worn by Jim Clark and Stirling Moss during the 1950's and 60's and examples have sold within the last 2 years for almost $10,000.

Some watchmakers have aligned themselves to the classic car sector, with brands such as Chopard and Richard Mille both producing watches and sponsoring events such as the Mille Miglia and Le Mans Classic. Many of their pieces are designed with an automotive theme and feature dials reminiscent of those found in historic cars.

The market for automotive themed watches isn't limited to collectors' pieces or older models. There is a huge variety from the classics such as the Rolex and Tag Heuer models mentioned above, through to models with a direct link to car manufacturers such as Breitling (Bentley) and Hublot (Ferrari), with Porsche marketing its own line of branded pieces. Casio remain a partner of the Red Bull empire if your budget is a little more modest!

When it comes to insuring your watch or collection, you should consider the below guidance:

Whilst a correctly arranged policy will pay in the event of insured loss or damage, there are many watches which will be hard to replace. This may be due to rarity or age, or a combination of both. You may also be without the watch for some time if repairs are needed and parts hard to obtain.

The acquisition of a premium timepiece is a goal which can take many years to achieve – it might represent an important life or career achievement, or be a gift from someone special.

For the collector, watches also represent a genuine investment opportunity and buying the right model with the potential to appreciate drives the global marketplace. For many, building a collection of watches is a passion with the added appeal of investing in an appreciating asset.

If you have a special watch, or collection, then talk to Lockton today. In the meantime, you might find this article of interest. 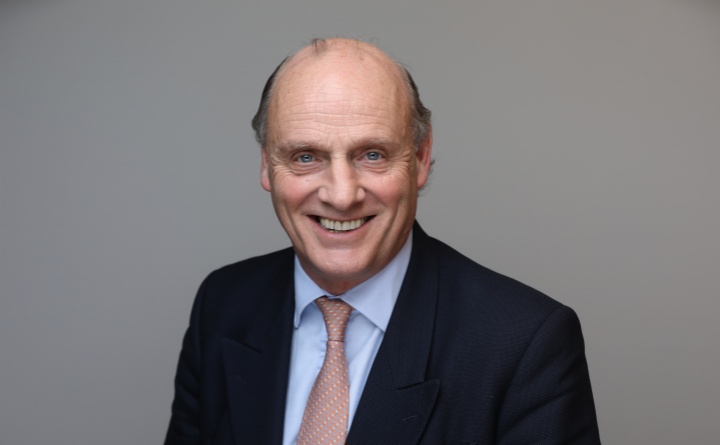