Home building projects - Are you considering starting a home renovation project as lockdown restrictions are being lifted?

Renovation projects are far from easy; managing budgets, contractors and stakeholders are enough for most. An important addition to this and one that many overlook is that of insurance.

In this article, we'll be describing how cover applies during a home building project. We will also explain how you can protect one of your biggest assets until project completion; rather than risking exposure to potential financial loss.

With sound advice and a diligent approach, it is possible to avoid the insurance pitfalls common to renovation projects and their cover.

These works rarely run as smoothly as planned. It's estimated that over 87% go over-schedule, with around 92% running over-budget.

Home insurers will always ask you to notify them of planned works before they begin; due to the increased risks of fire, structural damage (affecting own and neighbouring buildings), storm damage to unsealed properties, escape of water and theft from buildings or of materials. Most policies will have a pre-defined limit on the value of the works, but this
figure is often inadequate.

Where the value of the works exceeds the predefined limit, Insurers can either withdraw their
cover for the property undergoing works or can limit the cover provided, leaving your home
uninsured or with minimal cover.

Contractors bring their own challenges and considerations where your cover is concerned.
It is common for contractors to advise their clients that they will insure the project under their own 'Contractors All Risks' policy. Providing their limits per contract are sufficient, this is fine for the works themselves, but can be problematic for existing structures. It is not uncommon for Home Insurers to apply additional terms and sometimes onerous restrictions to the policy, or even refuse to cover the buildings at all during the works.

Contractor's All Risks insurance is designed primarily to cover aspects of the works themselves, such as for a new or 'ground up' project. It does not generally
cover existing properties being worked on.

Contractors should also carry liability cover, which will indemnify them if they cause damage to your property, but only if they are negligent. Perils such as burst pipes, storm/wind damage, theft, flood etc. would only be covered if it were proved that the contractor was at fault.

Your liability as a property owner to those working on site should also be considered.

Having separate covers can lead to uncertainty over who is responsible for loss or damage. In most cases, sound advice is to insure the existing structure and the works under one policy but in joint names with the contractor. This will provide you with control over the cover and will ensure you are protected eliminating any grey areas regarding the contractor's responsibilities.

This type of project policy covers all risks for existing structural and contract works and provides the option for liabilities to be included to your chosen limit, including Non-Negligent Liability.

Total Project Policies are ideal in their ability to allow you to retain control of the insurance, with any claims payments made to you. Obtaining insurance for your home can be difficult whilst works are ongoing, making Total Project Policies a practical and convenient solution. Even better, you'd still have cover if a contractor breaches one of their policy conditions without your knowledge.

If you're undertaking building works, it's crucial that you don't end up under-insured if anything
goes wrong.

Unfortunately for many, there are several factors that, while common, are overlooked when calculating the level of cover you require. Contract costs, VAT, professional fees and contingent amounts for cost overruns are common culprits. Even materials supplied outside of the contract and debris removal (which is roughly 15% of the value of the works) need
to be factored in to the insurance equation.

Miss these factors and your reinstatement cost could exceed your insurance cover, leaving you at risk of being unable to complete your project if complications arise.

West London woes: A west London property caught fire in the early hours of the morning, with
contractors on site at the time of the fire. With the flame fuelled by debris and rubbish stored on the lower floors awaiting collection, it proved impossible to extinguish. Following the loss, there was no roof or internal structure left.

Due in part to the location, with its local restrictions, the ensuing salvage work would be
expensive indeed. Shoring up work was required, including the surrounding property to avoid a collapse.

The estimate? £4,000,000, with an additional £1,500,000 for each neighbouring property.
Northamptonshire damages: Of surprise to many is the fact that brickwork can, over the course of a project, be susceptible to storm damage. This unfortunate situation affected home during a rural renovation and extension project in Northamptonshire.

A claim on the works part of a policy may not necessarily mean a claim on the existing structure. However, quite often the two are linked. In this case, contractors were well into the above-ground works of the project and had just finished the gable ends of a three-thousand square foot extension of an existing farmhouse.

Wind occured. With roof timbers and tiles not yet placed, the property was exposed. Over the course of a weekend, both gable ends blew over into the development, causing damage to the works below. Debris removal and rebuilding costs amounted to £12,000.

Finish-line theft: Clients, understandably, often perceive the point of highest risk in a project as
being at the start; there's lots of noise, dirt and dust, after all. In actual fact, it's the period just prior to completion that sees the highest incidence of losses.

In this scenario, contractors were, despite snagging at the end of the project, finished. In the weekend before the owners moved in, a gang of organised thieves entered the property. The kitchen, all-new plumbing, heating and bathrooms were stripped out and stolen. No appliance was left untouched.

As you might imagine, thieves have less care for the state of the houses they target. In the process of the theft, significant damage was done to the property, including water damage in areas where items and appliances were removed. This loss amounted to £35,000.

For further support and guidance on how we can assist you with projects, please contact your usual Lockton representative or use the contact details on this page. 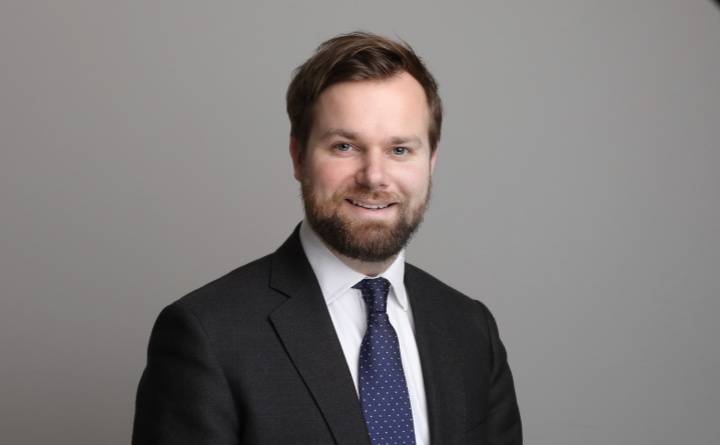