Some of the Most Valuable Children’s Books of All Time

Finding a dusty box full of treasure in a dark and creaky attic sounds like the beginning of any number of children's tales. Which is fitting, seeing as those books tucked away and forgotten about since our kids outgrew them could now be worth a small fortune. Classic children's books are fascinating and highly collectible items these days, for a number of reasons.

Firstly, the sheer nostalgia. These yarns have the ability to transport us back to a time of more innocent wonder, with spellbinding stories of fantasy and adventure.

Beyond that, they also have a substantial cultural significance depending on the prominence of their particular author or illustrator.

But equally as important is the often extreme rarity of these books. The most sought-after examples are generally the first editions, which are usually printed in very small numbers (especially if from an unknown writer) to test the market. This means tracking one down is tricky enough to begin with and finding one in mint, or even good, condition is more problematic still. As anyone with children will know, most of these books will have lived a hard life.

Torn dust jackets, sticky thumb prints and pages awash with crayon scribbles are just some of the things that can lower the value of a well-loved time. Coupled with that is the fact many are received as gifts and can have personal inscriptions written on the inside cover or have had the original price mark cut out—something frequently used to assess the print edition number.

However, if you are lucky enough to be in possession of a pristine early copy of an all-time classic, you could well be sitting on something worth a great deal of money. This is one of the reasons we recommend regular valuations of your house contents by our team of expert valuers.

Below, we list five of the most valuable children's books to look out for.

You may have heard of this series. The Harry Potter phenomenon was like no other. JK Rowling's seven-book epic turned a generation of children onto reading with the saga of the boy wizard and his desperate fight against the forces of darkness.

The first three books were written in the 1990s, so that initial young audience has now grown up and many have become parents themselves, which means they are introducing their own children to the magical battle between Harry and Lord Voldemort.

Of course, the unmatched popularity of the books means plenty have been published over the years—more than half a billion in fact—so you have to go right back to the beginning to find any that can be called collectible.

The first three titles: The Philosopher's Stone, The Chamber of Secrets and The Prisoner of Azkaban, are the only ones that hold any real value, in their first editions.

Of those, an original Bloomsbury trade hardback of The Philosopher's Stone comes out on top. The initial print run consisted of a mere 500 copies, 300 of which were immediately absorbed into the library system.

If you happen to have one of the 200 left over, which have the numbers 10987654321 on the imprint page and the author listed as Joanne rather than J K Rowling, hold onto it. An unread example was sold in 2005 for $37,000. While that was at the height of Potter-mania and prices will likely have dropped by now, you can still expect the book to be a very worthwhile asset indeed. 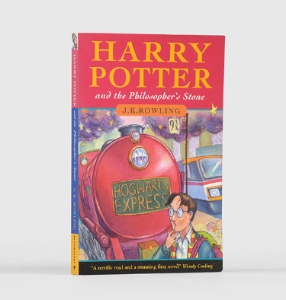 Charlie and the Chocolate Factory

It's well accepted that a movie adaptation increases the interest in, and therefore value of, most novels. That is also true with children's books and Roald Dahl's enchanting fable (or twisted morality tale, depending on your point of view) has so far had two outings on the big screen.

Despite its dark undertones, Charlie and the Chocolate Factory remains one of the most beloved stories from perhaps the world's most treasured children's author.

The tale follows the adventures of young Charlie Bucket and his grandfather as they explore the factory of eccentric chocolatier Willy Wonka, along with a handful of other, thoroughly unpleasant kids, none of whom make it to the end in one piece.

First published in September 1964, the initial run of 10,000 copies sold out in just four weeks and represent the most valuable example of the book there is. So if you happen to possess one of those titles—especially if signed by the author—you are looking at a golden ticket of your very own. One sold in 2015 for £25,000.

The good news is many of Dahl's extensive other works have become collectible too and those signed by either the writer or his illustrator, Quentin Blake, are also in great demand. 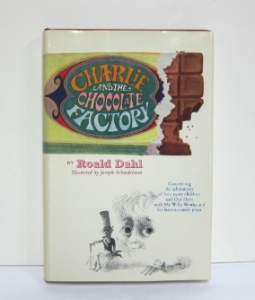 AA Milne's enchanting creation has been captivating the generations for nearly a century now, with the original books released by Methuen all the way back in 1926.

Yet, children's stories or not, the bear with very little brain has always had a particularly scholarly aspect to him. The works have been translated into 46 languages, including Latin, and have spawned some notably highbrow spin offs, such as The Tao of Pooh and Pooh and the Philosophers. He has even been credited with shaping U.S. foreign policy, with one of the key advisors in the Obama administration, Richard Danzig, asserting that the White House would do well to follow Pooh's lesson of, 'If it is causing too much pain, try something else' while fighting the war on terror.

Obviously with all the years that have passed since his debut, finding a first edition in good condition is a considerable challenge, but it is one which can lead to some high prices.  Currently, the most paid for a copy is $11,851 in 2016. However, that book was signed by both author and illustrator, which raises an interesting side note.

Much like with many of Roald Dahl's books, the Winnie-the-Pooh stories are almost inseparable from their artwork.  Where Dahl had Quentin Blake taking care of the visuals, AA Milne had EH Shepard, the man also responsible for the drawings in the Wind in the Willows series. Shepard's sketches have long been incredibly valuable, and in 2018 his hand-drawn map of The Hundred Acre Wood from the second Pooh book, The House at Pooh Corner (1928), sold at Sotheby's for an incredible £430,000, making it the most expensive book illustration of all time. 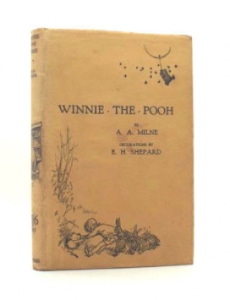 This one might come as a bit of a surprise. Aimed at a far younger audience than the other titles on our list, The Very Hungry Caterpillar is a more overtly educational book, teaching children from two-years old and up a variety of lessons, such as various colours, the days of the week and the names of different fruits.

Because of its target age group, it is the one which is perhaps steeped in the most nostalgia; the book will be among the first many people remember being read to them or even reading themselves.

It has also been massively successful. Written by Eric Carle and released in 1969, it has been translated into 62 languages and has sold over 50 million copies so far.

One Very Hungry Caterpillar is reportedly taken home somewhere in the world every 30 seconds. Again, as with so many children's books, the artwork is vitally important. The caterpillar's journey from egg to butterfly (sorry, spoiler alert!) is beautifully realised in a vivid yet understated series of hand-painted collages by Carle himself, his distinctive style unmistakeable.

So how much could this particular creepy-crawly be worth? Well, true first editions (and this, sadly, is one of those titles which has fallen prey to counterfeiters over the years) are incredibly rare and so highly desirable. A mint 1969 edition could be worth anywhere up to £12,000. While that might seem high, it is worth noting that a single original Caterpillar painting was sold at auction just last year for $20,000. 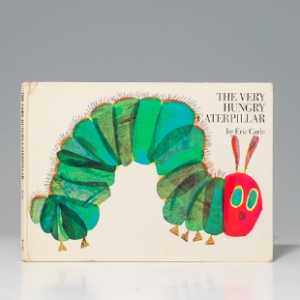 When it comes to collecting books, the renown of the author has a large part to play in the overall value of the work. And as far as provenance goes, there aren't many to beat JRR Tolkien. The English writer, poet and academic is considered the father of modern fantasy literature; the man responsible for the resurgence of the genre in the 1930s.

And the book that did it was The Hobbit. The episodic chronicle of Bilbo Baggins's quest to steal a fortune in treasure from the dragon Smaug, The Hobbit, or There and Back Again (to give it its full title) is an unequivocal icon of children's fiction.

Today, it stands as one of the most popular and timeless novels of the 20th century, first published as a run of a mere 1,500 on the 21st September 1937 by Allen & Unwin.

Most of those are now housed in private collections all over the world and come up for sale only very rarely. The last time was in 2015, when a signed copy featuring Tolkien's own black and white illustrations on both the inside pages and the front cover along with an inscription in Old English (the earliest form of the English language and the supposed inspiration for Elvish in the books), went for a staggering £137,000.

Before that, an unsigned first edition sold for £50,000 in 2008. Peter Jackson's trio of Hobbit movies, released from 2012 to 2014, worked their magic and bumped prices even higher but, as is often the case, they have now settled back down a little.

Nevertheless, later impressions of subsequent printings can still change hands for hundreds if not thousands of pounds among serious Tolkien aficionados.

The author's later work, The Lord of the Rings, published from 1954 to 1955 and comprising three volumes (The Fellowship of the Ring, The Two Towers and The Return of the King) are similarly valuable. The first run consisted of only 3,000 sets which can now command prices of up to £60,000 at auction. 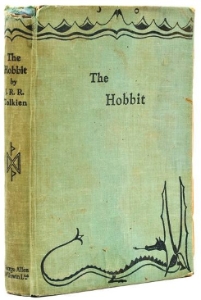 There's no doubt that, in the world of collectables, few things hold the same charm as children's books. These beautiful stories offer us a glimpse of the past and are a reminder of some of the earliest memories we treasured.

If you own any of these potentially valuable works, we would strongly suggest obtaining an insurance assessment to ensure you are fully covered.

You can contact us at any time and speak to one of our team of experts.

This article was written by Coram James Limited.