LEGO - a firm family favourite since 1933

If there is one child's toy that needs no introduction, it's Lego.

Its rather sterile 'interlocking plastic brick system' description belies the many millions of hours of pleasure these bricks have brought to generations of children (and adults) – and, of course, the agony of stepping on discarded Lego in bare feet.

In the past, we have written about toy cars and children's books, but, as pointed out by Lockton's Head of Private Clients, Rachel Gilliam, we have so far neglected to write about Lego. For Rachel, her ongoing passion for Lego has allowed her to continue celebrating family traditions and embrace her passion for vintage cars, without breaking the bank.

“I grew up with VW Campervans and heading off to the South of France for the summer in ours as a kid was great, even though it was roasting hot and only did a max speed of 56 miles an hour downhill with the wind behind.

“I have since dreamt of having one, so my husband bought me one for my 40th – but it was the Lego version. Likewise, I adore the DB5, so he bought me the kit for that too. Mini will be next, as that's another misty eyed childhood memory.”

Rachel isn't alone in this. One of the reasons that vintage toys like Lego are seeing a rise in value is due to the nostalgia that toys from our childhood evoke. Going back almost one hundred years since the brand first started producing toys, Lego holds fond memories for families across generations.

Lego's history has been documented many times, as has their recent return to popularity, helped in part by collaborations with brands such as Disney. Lego has been featured in the press, TV and of course movies – who can forget that 'everything is awesome' Lego movie theme?

Lego as a collectable

As a collectable item, Lego can perform incredibly well, especially when sets remain unopened.  Unsurprisingly, these can be very hard to find given that Lego is made to be played with.

It would be reasonable to assume that the most valuable Lego set would be the first released, but this is rarely the case. Even the sets numbered 001-1 are valued at around $70 (USD) against a purchase price, when it was released in 1965, of around $4.95.

A more recent set that saw immediate growth was the 2020 Boeing V-22 Osprey aircraft. This set was withdrawn almost as soon as it released after campaigners protested that the set went against Lego's long-held commitment not to produce any military-based models. While the item originally sold for £125, re-sellers were listing them for four-times this figure within days of the withdrawal.

Finding a comprehensive 'top 10' list of best-selling sets proved very difficult as there are numerous recognised independent resources cataloguing average sold prices worldwide. We have worked using averages across several of these but it is worth noting that a re-release generally devalues an original set for a period.

The top values are generally only achieved by sets which are sealed and with little or no damage to the outer box, so that all of the parts are present and include instructions and, where applicable, stickers and accessories.

As an example of the difficulty in assessing values, a first edition Millennium Falcon sealed in an airtight case was reported to have sold for $15,000, and other sets have changed hands away from the public eye for similarly high figures.

Age is a common theme among collectable toys, and Lego is no exception. It wasn't until the early 2000's that Lego recognised adult interest in its product officially (let's face it, it's always been a toy enjoyed as much by many adults as children!) and began producing significantly more expensive sets aimed at older buyers.

This move stirred interest in older sets. As collectors began to buy Lego, a natural curiosity led many to seek out older and harder to find sets. As with almost all other collectable toys, condition and use play a significant role in determining value.

As with many collectables, rarity also plays its part. From Lego City to Harry Potter and Star Wars ranges, Lego features on the shelves of every toy shop, which means 'rarity' isn't a word that immediately springs to mind when it comes to the product. However, sets were produced in relatively limited numbers or that remain unopened are considered rare among collectors.

A recent rise in Lego collectors has now been recognised by the brand itself, with Lego collectors increasingly invited to provide input into new models and sets that are released in small numbers. The first of these is widely accepted to be the Shinkhai submarine set, made for the Japanese market in 2011. Only 10,000 were made and a sealed set is now worth upwards of $1,500, while the original selling price was around $40.

As demand from collectors grows, so too does the range of sets available in limited numbers. Lego has also begun to make exclusive sets for toy fairs and collectors' conventions, plus models available only during tours of their factory and Legoland theme parks around the world.

In the last 25 years, Lego has also started to draw heavily on collaboration. The late nineties saw licensing agreements reached with two of the biggest and best-known global brands – Ferrari and Star Wars.

This remains a pivotal point for Lego as a collectable. By joining forces with other similarly high-profile brands, it not only opened up a very wide range of new sets and themes but also to new collector markets. This has continued with Disney, Harry Potter, Porsche and Jaguar, to name but a few.

Many collectors build too, buying a set to display and a second to store safely. The internet is awash with guides on currently available sets that are predicted to appreciate in the years to come.

So, Lego really does tick all of the collectable boxes, notably:

At Lockton, we understand what makes people collect. Whether it's Lego or another passion asset, we can design insurance programmes that protect the items that you care about. If you would like a review of your existing collectables insurance policy, please contact our team today. 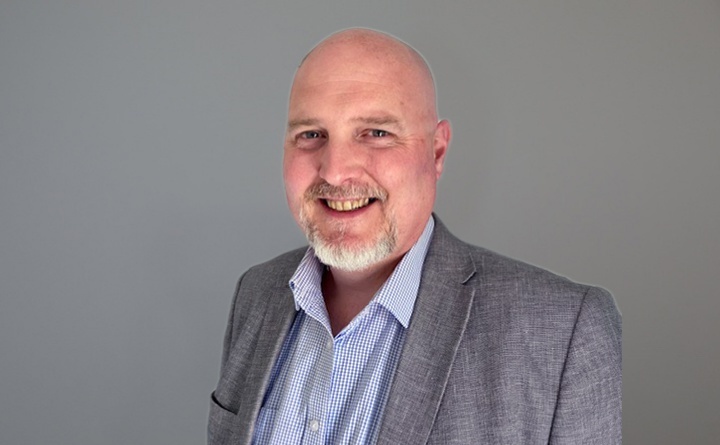